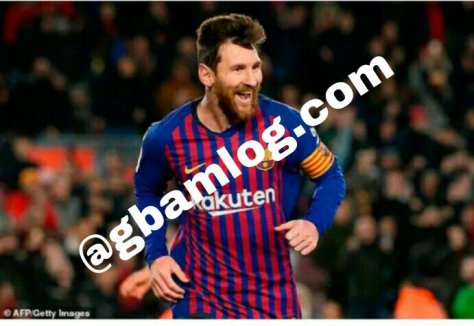 Lionel Messi is the highest paid footballer in Europe, beating out Cristiano Ronaldo by over £3 million per month. The Barcelona star earns a bit more his longtime rival on the list revealed by French publication L’Equipe.

French publication L’Equipe has released its annual report of the top football salaries and it is no surprise to see the two stars are at the top of the list. However, some may be shocked by the order of the names that follow, as well as a couple of inclusions in the group.

The list is made up entirely of players from the Premier League, La Liga, Serie A and Ligue 1, with the Bundesliga the sole top-five league that does not have a representative in the top 10. Messi leads the way, as the Barcelona talisman and current top scorer in La Liga earns £7.3 million ($9.5m) a month before tax.

Cristiano Ronaldo, who is in the first year with Juventus, comes in second with a salary of £4.1m, just over half of what his old rival pockets. While many might expect Neymar to slot in behind, the Paris Saint-Germain star actually clocks in fourth, earning £2.7 million a month. Instead, it is Atletico Madrid and France star Antoine Griezmann who has the third spot, earning £2.9 million thanks to the new deal he signed with the club after his decision last season to snub Barcelona.