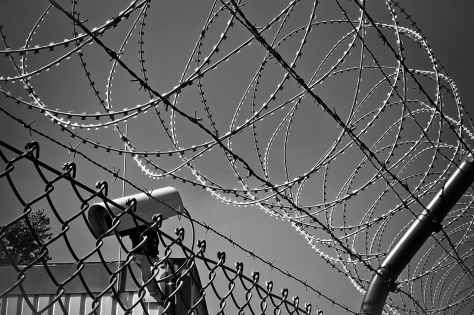 A 45-year-old palm wine tapper, Deji Adenuga, who allegedly set a house ablaze where a family of nine were sleeping in Okitipupa area of Ondo state said he took the action because his girlfriend aborted her pregnancy and duped him.

Adenuga made the confession Tuesday when the police presented him with three other suspects at Ondo state Police Command, Akure.

Adenuga, also an attendant at a car wash business, said he regretted that other family members were in the room as he intended to kill only his girlfriend, Titi, and her elder sister, Jumoke, who allegedly duped him.

Adenuga also confessed that he killed his first wife, Abiye, when she refused to give him N45,000 he kept with her in the year 2000, adding that Titi had been living with him since 2018.

“Titi has been living with me for over a year now and she knew that she would not marry me while she and her sister had been collecting my money and many other things.

”Though her mother and other family members encouraged her to marry me, her sister, Jumoke, made her feel otherwise.

”When Jumoke said that she is the only person that can tell who Titi will marry, I promised to give her N20, 000 so that she would approve our relationship.

”Before I promised Jumoke N20, 000, she had been collecting money from me as well as foodstuffs. But when I could not fulfill my promise on time, she connived with Titi to abort the four months old pregnancy she had for me.

”So, when she aborted the pregnancy, I demanded her to pay me back the N30,000 I gave her to set up a business and N25,000 I kept with her. That was how she packed her things from my house and moved to her sister’s house.

”I forced their window open and poured petrol inside the room and ignited fire because what Titi and her sister did to me is unbearable. It was not that I intended to kill all the family members. I did not know that they were all in the same room,” he said.

Earlier, Mr Undie Adie, the Commissioner of Police in Ondo state said the incident resulted in the deaths of eight persons, while one person was in a critical condition in the hospital.

”On April 23 at about 2 a.m., one Deji Adenuga ‘A.K.A Oludo’ allegedly set a house ablaze where a family of nine was asleep.

”His grouse was that one of the family members, Titi Sanumi, his former girlfriend, jilted him after he invested so much on her,” he said.

He said eight of the victims of the arson who were mostly children were later confirmed dead, while the only surviving victim happens to be the girlfriend of the suspect and still in a critical condition in the hospital.