An 85-yr-old woman has been arrested after she was caught having group sxx in woodland in Connecticut, the United States in the penultimate week.

All six were apprehended and charged with breach of peace.

According to the Fairfield Police Department, the senior citizens were busted while getting hot and heavy at the Grace Richardson 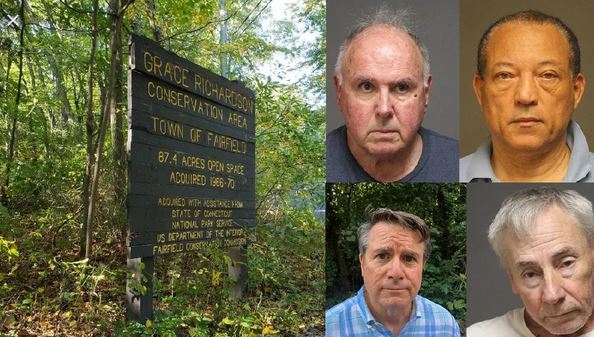 Conservation Area during a surveillance operation on public hook-ups in the area. Two of the suspects, Daniel Dobbins and John Linartz have additionally been charged with public indecency.

Dobbins was previously charged with second-degree breach of peace by Connecticut police after witnesses said they spotted him walking around a park naked before police found him inside his car “with his shirt and shorts draped over him and no underclothes.”

The culprits have been released and will appear in court at a later date.

Leave your comments below…