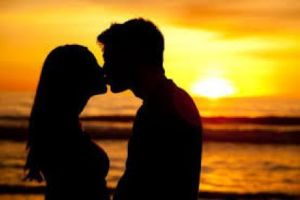 I am tk , a guy who hardly go out at night for drinks. One Saturday night my younger bro and i decided to go out for couple of drinks. We went to the nearest pup, we got there a bit early and we picked a very nice spot where you could see everyone coming in and out.

While drinking, a group of girls came in and set right in front of us, one of them was my ex, she kept on waving at us smiling.. I wasn’t interested but i waved back.. she came to our table asked us if we could join them, I said “no we are actually with our girlfriends” … why would i wanna go to a pup to be with my ex… i mean i know her, and i know her cookie too i ate that shit.

After some few hours lot of people came in, lot of fine girls,the pup got creepy crowded.. people are dancing and drinking. It was my round to go and buy, when i came back, just after i set down, I saw two beautiful girls coming straight next to us, simply because it was the only spot with enough space.

The other girl was blond i think, then the other one was gorgeous, such a hottie, a light skinned caramel babe in adidas tracksuits damn! i still remember all her moves, i couldn’t get enough of her, every chance i got i looked at her.. she seemed a bit shy, well i thought so. I don’t know what other guys thought of her but all i know is that i would lick her from head to toe.

While my brother and i still admiring her beauty we saw two guys coming for them.. the next thing she is holding hands and cuddling with one of the “motherfuckers” sorry i mean one of the “guys” who magically later became her cousin.. i didn’t buy that. still don’t. I got bored, very irritated i immediately took out my phone and replayed messages on WhatsApp.

While at it, the hottie, charlorray its her name… she came set next to me asked me why am i here if am gonna be on my phone the whole night, I told her that she was also on her phone when she got here… but in my mind i wanted to tell her ” babes go to your man i don’t wanna get into trouble “. After talking she then went back to her lover cousin.

At my 10th drink half way drunk, i felt a very warm and soft hand grabbing my hand then i looked it was her “charlorray” she then pulled me outside pushed me against the wall… asked me if i ever kissed a stranger.. i slowly said nnno… She then kissed me …. Damn!! she was so good, so amazing just the way i loved it,. it felt like the world has stopped moving, the pup turned in to a church, drunkards turned into followers, tracksuits turned into a white dress.. it was quiet a dream.

After the kiss she wanted to leave i grabbed her and pulled her back to me kissed again, she then stopped, i asked for her number, she refused while taking my hand and went back inside the pup. It felt good, so good but was very surprised but bit worried that i will never see her again after this. In my mind everything was her, I’ll be lying if i say i didn’t think of fucking her, yes true i thought of wanting to fuck the shit out of her but she was not up for that, she was just up for kissing a stranger and i respected that.

The night got old, the pup was about to close everyone went outside, all the crowd was outside and i couldn’t find charlorray.. then i bumped into her lady cousin she then told me where charlorray is.. luckily i found her exactly where i was told I’d find her. She asked me to walk her home, i agreed.

When we got to her house, we got into her car that was parked outside, we talked like we knew each other for years, we cuddled a bit though it was a lil torture to me because i couldn’t stop thinking about the kiss and she refused to kiss me again. When i asked for her numbers she gave me two choices.. numbers or a kiss, numbers came with a package of friendship and a kiss came with nothing.. she is a good girl, friendly, kind and very calm. so I made a good choice for not choosing a kiss. but i still wanted it, wanted us to be kissing friends… Wait did i tell you that we even nursed the new friendship with chocolates…. **laughs**